India is a diverse country. In fact, it can stand to be the most diverse country with diversity in every aspect like religion, weather, languages and also landmarks. This country is rich in tradition and spirituality. One may find every hue of tradition and lifestyle throughout the country. It is a country where you can findÂ  Kashmir, which is the coldest place, the dry Thar desert and also Cherrapunji which experiences the highest amount of rainfall. As you move from region to region, you will notice changes in city layout, soil, city colours, peopleâ€™s dialects, languages or attires etc. Every place embodies itâ€™s own deep and mystical history and its historical masterpieces. 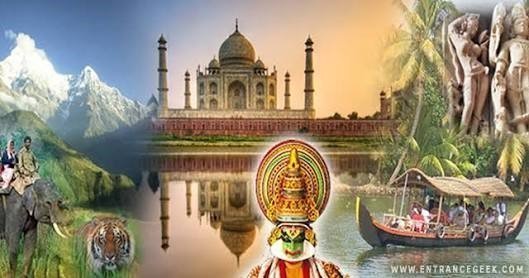 Every year, uncountable numbers of foreigners choose India for their tour plans. The rich culture and tradition of India are quite magnetizing to foreigners. If any of you is planning to visit India, these are the top 5 places to in India visit:

The city Kolkata is famous among tourists as the city which is filled with joy. Kolkata is the jewel of West Bengal and was formerly known as Calcutta. The remnants of the British Ruling period can still be seen in Kolkata as Victorian style buildings, trams, and other architectural beauties. This city is densely populated and is known for its culture, heritage, music, literature, food etc. A tour around the city will take you to an all-new shade of diverse India. Kolkata is one among the top five amazing places to visit in India. 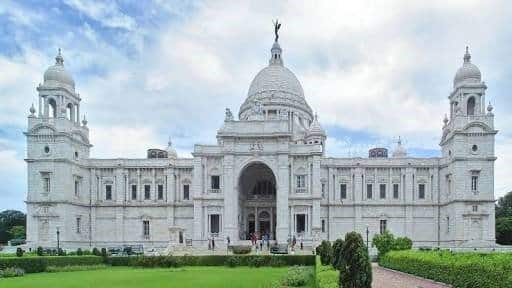 Kolkataâ€™s best food items â€“Â  Kolkata is famous for Bengalis and Bengali food items. Fish is the main staple food in Kolkata. You can find numerous types of fish made cuisines here. Not to forget, the very famous and scrumptiously delicious Kolkataâ€™s sweet delicacies. Do not forget to try chamcham, rosogullas, shondesh, rasmalai and many other sweets.

Jaipur is the capital of the state Rajasthan and is the largest city of the state. It is famous for its forts, palaces, gardens, temples and other significant historical places. Jaipur is also referred to as â€˜Paris of Indiaâ€™.

Udaipur, on the other hand, is known as the Venice of India. The city is full of lakes, giving a Venice like the view. This serene city is best for a romantic getaway with a luxurious travelling experience. Many of the beautiful palaces of this city have now been converted into luxurious and exotic hotels. The beauty and historical significance of these cities make them stand among the top 5 visiting places in India.

Nearest airport â€“ The best airport to reach Jaipur is in Jaipur, that is, the Jaipur International Airport(JAI).

Jaipurâ€™s best food items- Â Although you can find all types of cuisines in Jaipur, one must try the Rajasthani and Jaipuri food. The cuisines types range from very sweet to very spicy. There are several international hotels and restaurants where you can find the best food to eat.

Nearest airport â€“ The nearest airport is to reach Udaipur is Maharana Pratap Airport also known as Dabok airport, which is only 24 km away from Udaipur.

Udaipurâ€™s best food items- Rajasthan is best known for its royal Rajasthani â€˜thali’, which is, a huge plate full of Rajasthani cuisines, right from Rajasthani vegetables, curry dishes to rice, chapati(bread) and some mouth-watering sweets.

The name â€˜Paradise on Earthâ€™ is given to Kashmir owing to its scintillating and breath-taking beauty. How many poems and contents have been written to describe the beauty of Jammu and Kashmir, but still it seems like the words fall less. This northernmost state of India is blessed with natural beauty.Â  Thousands of local Indian and international tourists visit Jammu and Kashmir every year to admire the beauty of the state. Jammu and Kashmir is among the top 5 places in India to visit by foreigners. 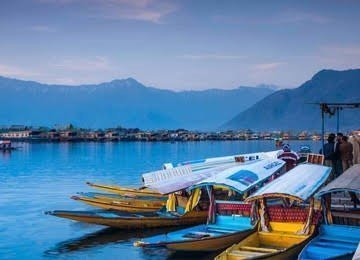 Jammu and Kashmirâ€™s best food items- Jammu and Kashmir is famous for its different types of meat cuisines. One of the famous Kashmiri cuisines is Shah deg which is a meat and turnip cooked dish. Rogan josh, Yakhini and harissa are other popular dishes in Kashmir.

Shopping in Jammu and Kashmir â€“ Kashmir is famous for its handicrafts and handwork embroidered clothes and shawls. You can find huge varieties of hand embroidered purses, clothes, dresses, shawls. One must buy a pashmina while visiting Kashmir. You can also find other items like carpets and furniture with intricate carvings.

Kerala is known as Godâ€™s own country. And why not, the pristine water, lush greenery and the clear sky actually depicts it as godâ€™s own country. Kerala is among the top 5 places in India to visit. The clear water of the beaches hitting the shores is a sight which will erase all your worries and work stress. The rich wildlife, snake boat rides, backwaters, aromatherapies, rejuvenating Ayurvedic treatments, an offbeat form of art and architecture, warm and aromatic spices along with some of the best seafood are Keralaâ€™s tourist attractions which draw tourists from all over the world every year. 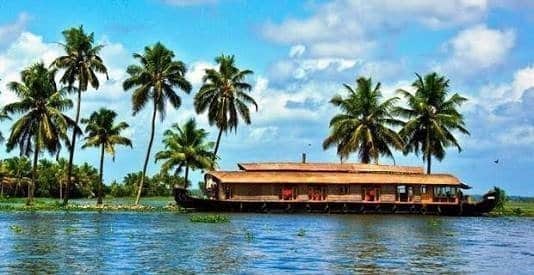 Best time to visit Kerala â€“ Kerala is situated in the southern region of India. Therefore it is mostly humid there. The best time to plan a trip to Kerala is in NovemberÂ  December, January and February.Â

Keralaâ€™s famous food items â€“ Kerala is famous worldwide for its sea food and South Indian cuisines like Dosa, idli, SÄmbhar etc. The interesting part is that all the food items of Kerala are made in pure coconut oil and according to the culture of Kerala, the food is served in banana leaves instead of plates.

Shopping in Kerala â€“ Kerala is famous for its south cotton fabrics and many other things. The gold and silver of Kerala is of the best quality. You can also buy spices and dry fruits from Kerala.Â

The beautiful city Orchha is an ideal tourist destination for foreign tourists to visit in India. Orchha is in the Madhya Pradesh state of India. This historic gem of a city is situated near the banks of the Betwa river. The grand palaces, forts, temples and other architectural marvels are a treat to its tourists. The breath-taking landscape and scenic beauty of the city is surely a photographerâ€™s paradise. Orchha is among the top 5 places not to miss while visiting India.

Orchhaâ€™s best food items â€“ Orchha is a popular tourist destination situated in the heart of India. Therefore, you can find numerous restaurants which offer different types of cuisines to serve all the tourists. The famous delicacies of Orchha are Khoprapak, bhutte ki kees, mawa-bati, kebabs and malpua.Â

As we can see, India is indeed a nation with diversity and offers many opportunities and ethereal landscapes for the Indian as well as foreign tourists to spend quality time in India. The above 5 places were the top 5 tourists places in India which every foreign tourist must visit while planning a trip to India.

I am a 28-year-old dude from a small village Narasinghpur in Cuttack, Odisha, INDIA. I have a post-graduate degree in M.Tech from BITS Pilani. I started blogging back in June 2014. You can check out my journey and all that I have learnt all these years on my website.